As her image grows ever whiter, more privileged, younger, prettier, and objectified in the west, women accused of being witches in Africa, Latin America and New Guinea continue to be hunted down and burned alive. I can’t help wonder what this all means for the “real” witches here and now?

Accusations of witchcraft have long been used to control women’s behaviour. And if we take any lessons from history, what might happen to those who don’t (or won’t) look the part, or refuse to behave?  How long will it be before they hear the inquisitors knock at the door? Just who benefits when the role model of the witch becomes no more than a fashion statement or digital pose?

Her exploration of the way witches have been glamorized/sensationalized is interesting as well as the point that there is true sociopolitical power in reclaiming the witch. She also points out:

And while many believe the witch of the middle ages was a spectre created by the church, I believe she was real. Yes, many put to death were just ordinary women who practiced folk magic, herbalism and midwifery, but many were powerful spiritual leaders of the indigenous, animist faith traditions of the old world – and their magic was earned through a lifetime of spiritual discipline spent in communion with nature.

And I worry her make-over into nubile fashion siren not only obscures this history, but her true relevance as a role model to us today. One that if resurrected, would be just as subversive and dangerous to the powers that be...

I also read the article called This is How They Broke Our Grandmothers:

The important thing to realize is that “witches” were just women that men were either jealous of, felt threatened by, or didn’t like. In practice, those were the triggering conditions for getting tried as a witch. More simply, witches were just women. Potentially all women.

To survive, women under the Inquisition submitted to isolating themselves away from the friendships of other women, and learned to be very good at making men like them. They taught their daughters to do the same.

For hundreds of years, any woman could be taken away to jail to be tortured and sexually assaulted. Any women could be pornographically tortured in public before her execution, in front of her family if she had any.

I find this an important time of year to remember these women, to remember this legacy, and to be alert for the patterns that supported it as they continue to try to re-emerge in modern society.

In this article on “nasty women” (based on a quote from the last presidential debate), Alexandra Petri writes in the Washington Post:

The nasty women have a great deal to do before the moon sinks back beneath the horizon.

But that is all right. They know how to get things done.

Jessica Bennett, writing about the WITCH movement of the 60’s writes:

But on this day, we are speaking about WITCH. The Women’s International Terrorist Conspiracy from Hell, “a name we surely wouldn’t get away with today,” Morgan notes, was formed in 1968 as an offshoot of another protest group, New York Radical Women. WITCH devoted itself to hit-and-run style guerrilla theater, called “zaps.” Proclaiming witches to be the original female rebels — hounded, persecuted, and burned at the stake — the group was made up of “covens,” or chapters of thirteen members, but anybody could join.

“If you are a woman and dare to look within yourself, you are a Witch,” their manifesta stated.

Samhain blessings. May we all be untamed, angry, and joyous and may we never forget our foremothers.

And, as a holiday gift from me to you, a free Samhain Ritual Kit + Hecate Wheel! 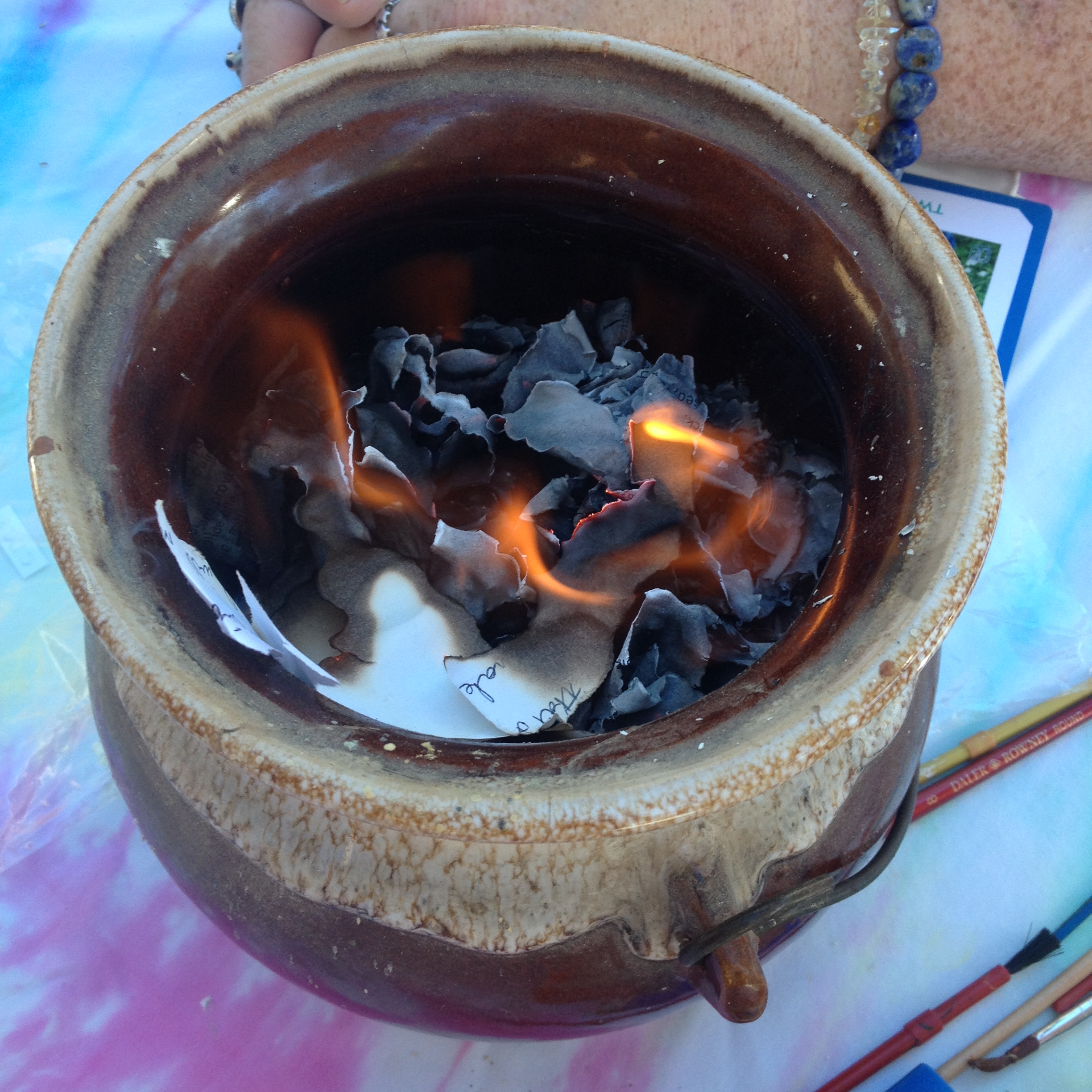